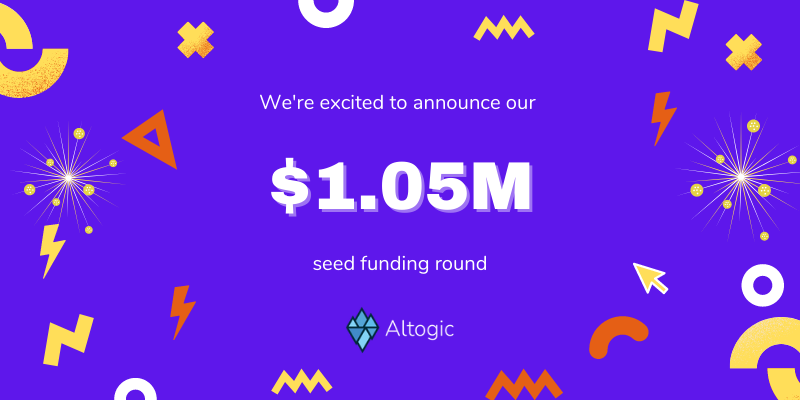 Altogic allows you to create and start running your backend apps in minutes. With your backend apps, you can manage your application data in a database, cache your data in memory, execute database transactions to ensure data integrity, run complex business logic through synchronous and asynchronous cloud functions, manage user sessions, schedule jobs to be executed at a specific time or interval, and more. With its client API, Altogic also makes integration of your backend apps to your front-ends quite easy.

What are we trying to solve?​

Before spinning up Altogic, I worked as an IT consultant at Accenture and a management consultant at McKinsey & Company. Throughout my consulting career, I have carried out numerous IT and digital transformation projects (don't remember the exact number but it should be more than 100) in different sectors and geographies. Indisputably, the common problem I have observed in these projects was the difficulty to launch new apps and services to the market. Either the development team capacity was not enough, or there was a burning platform creating a bottleneck, or the infrastructure was not automated or the sky was the limit for business teams asking for things that cannot be done in a reasonable time.

Independent of the reason, the end result was delayed deliveries or deliveries with functionalities that were half of what has been agreed upon at the beginning. As Altogic, we are on a mission to disrupt the backend-as-a-service market and change the way how software is developed. We are helping IT organizations, startups, and developers to develop their applications much easier and faster and automate key stages in the application development process to put more time on value-adding activities.

With Altogic, we provide the set of pre-integrated tools and cloud infrastructure that remove a considerable amount of mundane and repetitive tasks from developers, help them start building products in minutes, and deploy them in seconds.

I always had the idea to create a platform to accelerate application development. The origins of Altogic date back to my undergraduate and graduate study at Bogaziçi University Industrial Engineering Department. My master's thesis was developing a graphical scheduling algorithm for production planning. Actually, at that time, I developed the initial concept as a desktop application that was focused on a specific niche area of production planning. Here below is a picture of me using a desktop with a CRT display developing GSAMS (graphical scheduling algorithm modeling system) writing C++ using Microsoft Visual Studio.

Fast forward, using the graphical methods to develop applications was itching in my mind for a long time. I have started coding Altogic using different technologies several times, once using C++ then moving to Java, etc. All the time there was a roadblock for me to achieve my target. The technologies were not capable enough or were not there at all to get to the point where Altogic is today or quite expensive limiting its widespread adoption. However, during the last few years, the required technologies to launch a platform like Altogic has matured enough and enabled me to finally build Altogic.

Additionally, the demand for software has increased quite dramatically and there is no forecast that it will slow down. It is obvious that demand for software development outweighs software developer supply. To solve this growing problem, there needs to be a way to increase the supply of developers or make the developers more productive so that we can meet the demand. That is why Altogic is focusing on helping developers to build and ship products and services faster. We ultimately aim to increase the productivity of developers, help them to use their valuable time more effectively, and deliver an unparalleled developer experience.

With the new funding, we will take Altogic to the next level. First, we will grow our engineering and community teams. If you would like to take part in Altogic's journey just send your resume to [email protected] Second, we will grow our product portfolio. Currently, Altogic has two main products: the Designer where you design your applications and manage your environments, and the Tester where you test your application services. We will soon release two new products to further enhance the developer experience. Third, we will expand our cloud infrastructure to new regions. Currently, Altogic's engine clusters are running in North America, soon we will be opening new clusters in other parts of the world to provide the best performance for developers to minimize latencies. Last but not least, we will heavily invest our time and resources to build a vibrant community of developers where we will be helping each other solve problems in app development.

Exciting times are ahead of us. We are supercharged and committed to growing Altogic and its community. We thank all our investors for believing in us and supporting us and we owe a huge thank you to our growing community.